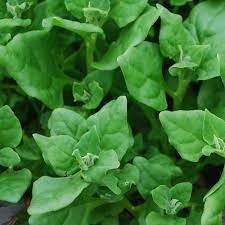 New Zealand spinach isn’t really spinach, but it has arrow-shaped leaves, which taste slightly spinachy. The great thing about it is that it is slow to bolt. I’m actually harvesting enough to freeze.

The Buddha offers a teaching on the 2 arrows. The first arrow is bodily (or mental / emotional) pain. We have bodies, which experience pain. But then we resist the pain of the first arrow and stab ourselves with a second arrow of mental distress. I don’t like this. I don’t want this. This second arrow of suffering is entirely optional.

If we can slow down that second arrow, and not immediately shoot it from the bolt, then we can sidestep suffering.

The spinach is slow to bolt. Let’s practice being slow to bolt from unpleasant physical, mental, and emotional experience.